Even though we are gradually recovering from pandemic, I am still cautious about any decisions to take any trips by public transportation as flight, train, bus, etc.. Thus the only places I have been visiting are within couple of hours driving distance.

My latest trip out of town is to an alpaca farm close to the bounder between Minnesota and Wisconsin. I like the gentle feature of those animals, and also want to know how to tell the difference between alpacas and llamas.

The family – owned farm is specialized to raise alpacas and llamas. In addition there are also Valais Blacknose Sheep, Kune Kune pigs, mini Highland cattle, and an eclectic group of chickens.

My first question for the tour guide was what is the difference between alpacas and llamas. She didn’t answer it immediately, instead she took us into an area surrounded by fences. She wanted me to figure out the answer by looking at those animals.

A group of alpacas and llamas walked out of their barns soon after they saw people with foods. They were not shy to ask foods from us.

The photos above contains two alpacas and two llamas.

From the first glance llamas is taller and bigger than alpacas, we were told that a llama always acts as a babysitter and bodyguard for the alpacas around him. A llama usually stands tall with plenty confidence and humbleness. He smiles to the visitors and once a while checks their cloths and hats.

On other hands an alpaca has a round fluffy head just like a stuffed toy. You just can’t helping fall in love with such a cutie.

After some descriptions can you tell an alpaca and a llama apart?

8 thoughts on “Getting Away to an Alpaca Farm” 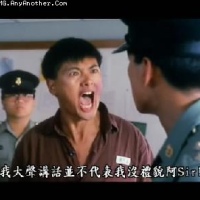