On a business trip to Austin, Texas, I took the opportunity to visit MayField Park.

Here is what the park about:

It is a historic cottage, gardens and nature preserve in west Austin, Texas on a bluff overlooking Lake Austin.  Originally built in the 1870s, the cottage was purchased by former Texas Secretary of State Allison Mayfield in 1909 and was inherited by his daughter.  Besides its beautiful landscape, there were peacocks as gifts from owner’s friends in 1935 and their descendants are here today.  After the owners’ death the property they left the home and acreage to the City of Austin to be used as a park.

I went there at dinner time when peacocks were all out waiting to be fed by local volunteers.  I was following them around to capture photos, underneath 100F weather.  The peacocks were very friendly, I believed that they felt sympathy for a woman chasing them around in sweet soaked dress.  One of the peacocks even opened his tail in front of me.

I was exhausted and dehydrated by the end of photo shooting.  But I felt the experience was well worth it. 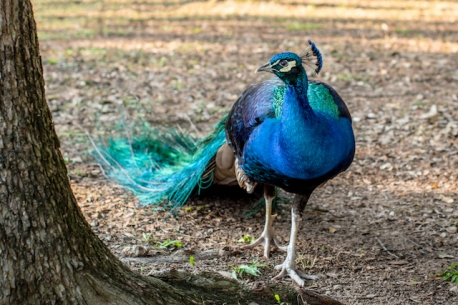 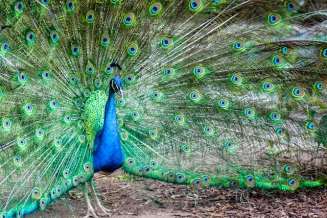 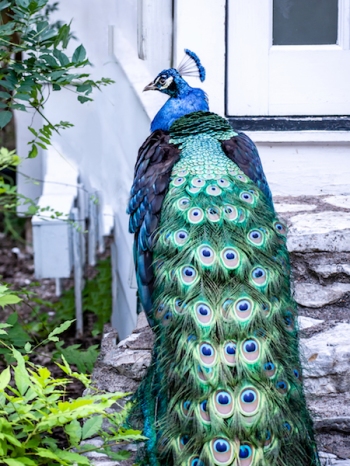 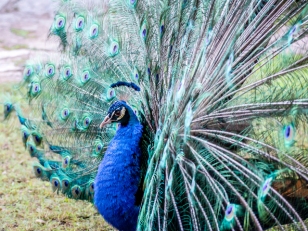 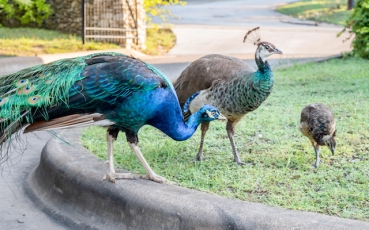 2 thoughts on “The Blue Angel”